Al's love of trains and photography began at an early age. His parents, having immigrated to Minneapolis from Sweden, moved Al to Los Angeles at a very young age. Here his father operated a Swedish newspaper, and commuted throughout the Los Angeles basin in the excellent interurban transportation system that surrounded the area in the early part of the 20th century. Always happy to accompany his father on these excursions, Al began to fall in love with trains in particular, but also other modes of transportation as well. His father purchased a camera for Al and the rest is history. He became an avid photographer of all things railroad.

His amazing photographic and 8mm film legacy remains in the family. His huge collection of railroad books, many containing his artwork, remain protected by his only son, David Haij. Al's family, led by his son, wish to make his artwork available to every railfan. This website, and the high quality artwork produced through some of the highest quality printing equipment available, was created in Al's honor to use his legacy to brighten the hearts and minds of railfans everywhere.

Al made friends easily, the kind of friends who last a lifetime, and even after heart bypass surgery in 1998, continued to greet his friends at church and home until his ailing health restricted his mobility. Al passed quietly in 2002 and will be missed by many.

Al retired and spent his last years in Vancouver, Washington, just across the Columbia River from Portland, where he could be close to his son and grandchildren. Here he began to attend the Felida Baptist Church, and had regular meetings at his home with his many friends, some of whom helped him to build a beautiful model railroad in his garage.

Al loved to travel, but traveling around the local railroad yards, taking excursions, and 'train shagging' (railfan speak for chasing and photographing trains from a car) was Al's favorite kind of travel, and he was willing to climb to and wait for just the perfect lighting to get a great shot. One thing Al did a lot of, that benefits us all, was to photograph the last running of many famous locomotives, trains, and trolley and interurban lines, including some sad but beautiful shots of the burning of Traction cars after their last runs.

During this time, Al's photography skills were maturing, and it became obvious to everyone he had an eye for the art of photographing railroads. Over the years, Al's photos began to be published in many books written on various railroad subjects, from interurbans, to the history of certain railroads. But to Al, it was just his hobby, and not to be confused with work and family.

After graduating from high school, Al took a position with the Southern Pacific Railroad as a ticket agent. Here he met his wife Marian Liddle through the flirtatious sale of a ticket home to Portland, Oregon to visit her parents. Al pursued Marian and after dating for a year, Married Marian, and in 1950 moved to Portland so she could be closer to family. In 1951, their only son, David, was born.

This brings us to his high school years, and as Al explained while he was being interviewed for a historical article on the founders of the West Coast's first Railroad Boosters club, “High School is when I first found that others shared my interests.”

As his interests matured, Al began to collect railroad and interurban memorabilia and photos. Among his collection are rare and valuable examples of time schedules, railroad documents, promotional material, complete internal company magazine series, and, of course, his fabulous collection of photography. 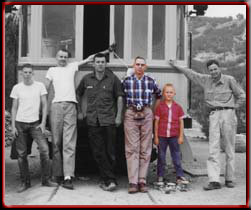 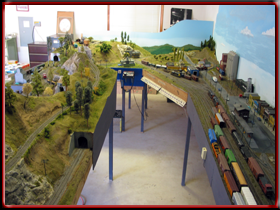 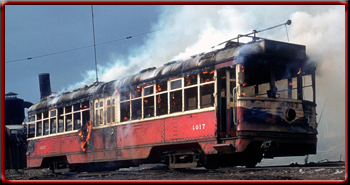